Everything about Stapletons business in Tuam has been a success from the beginning. The business was setup in 1958 by William Stapleton. William had come to Tuam in 1916 and was instrumental in bringing electrical power to the area. He set up what was known as a powerhouse in the back garden of his house at Dublin Road. He was an employee of the ESB until his retirement in 1958, when he set up his own electrical store in Vicar Street.

P.M. Stapleton made the move of business to its current location in 1964. Stapletons Expert Electrical outlets are currently under the management of John Stapleton, grandson of the founder William. The business has grown considerably in recent years with extensions to both stores. Stapletons it now part of the popular nationwide Expert Group.

Today, Stapletons have two electrical outlets in Tuam, one at Vicar Street specialising in technology and hi-tec wearable devices and mobile phones. The second outlet is at Galway Road, Tuam. This store offers everything in household electrical appliances for the modern home. Those include large electrical appliances such as American style freezers and two in one washing machines from our laundry range.
Both stores stock a large selection of electrical appliances. Hence, all of the products are available over the counter. Both from our Expert Electrical outlets at Vicar Street, or Galway Road in Tuam County Galway. Alternatively, you can shop at Stapletons Expert Electrical online shote for immediate shipment, or avail of the click & collect option. 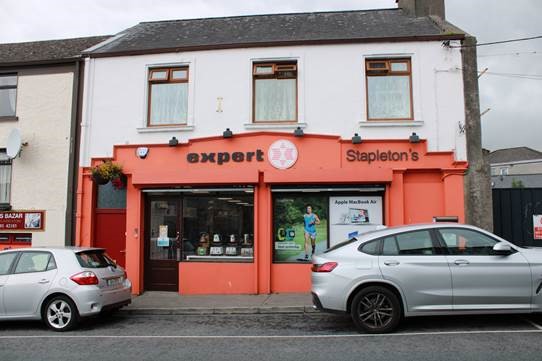 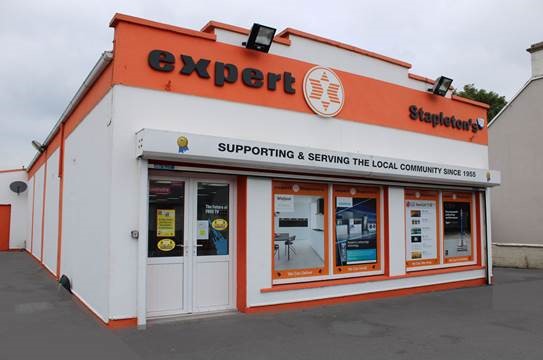 We use cookies to optimize our website and our services. For our policies, please visit our
Manage options Manage services Manage vendors Read more about these purposes
View preferences
{title} {title} {title}